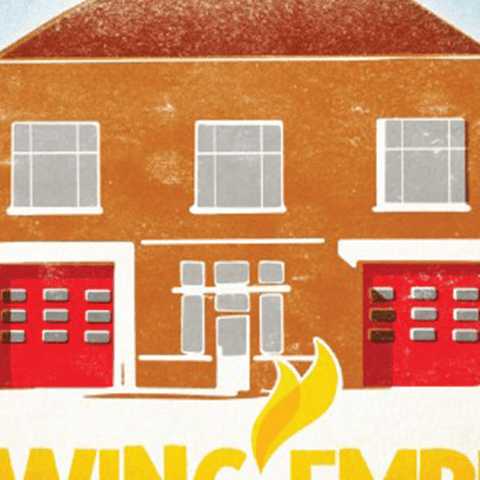 Glowing Embers was an ambitious project that worked alongside West Yorkshire Archive, West Yorkshire Fire and Rescue Service, Leeds Museum and Galleries Service, Leeds Libraries,  current and ex fire officers and local resident. It was a broad historical project that identified key moments, narratives and characters in the history of the Fire Station. We then worked with local people to develop interpretations of these memories which were displayed in the Fire Station in Spring 2017.

Gipton Fire Station has played a really significant role in the local community for the last 75 years, from its establishment in 1937 to the present; current and ex staff, their families and local residents have memories of the station being used for dances, events and community activities as well as Emergency Service. We wanted to ensure the relationship between the people who worked and lived here and this iconic building are recorded and shared.

We launched the project with an event -  ‘The Last Dance’. We also aimed to inspire a small number of community members to put themselves forward as community researchers, who then worked with an experienced researcher.

Community Researchers support the research of the history of the Gipton Fire Station within the communities it served and explore museums and archives, as well as collect oral histories through Show and Tell sessions. Outreach sessions took place in schools and community settings, asking local people to ‘Show and Tell’ with artefacts they own which link into the story of the station. These artefacts formed the core of our SMART (Social Museum and Art) Gallery.

Children co-created a song and a mini-drama creating oral histories, sharing heritage in an accessible and exciting way. The project will culminate in an exhibition which will re-launch the new Fire Station as a community resource for the future.  We will co-curate a SMART (Social Museum and Art Gallery) Museum with artist Helen Peynton.  Residents donated  artefacts relating to the Fire Station, with a significance on the sentimental value off the objects. Residents were invited to label and display their object, and to have a photograph taken with it, to create a museum on-line and at the Fire Station.

The project has had a spin off in the form of the East Leeds Heritage Group and thus it lives on.
.

The project was funded by Heritage Lottery Fund.