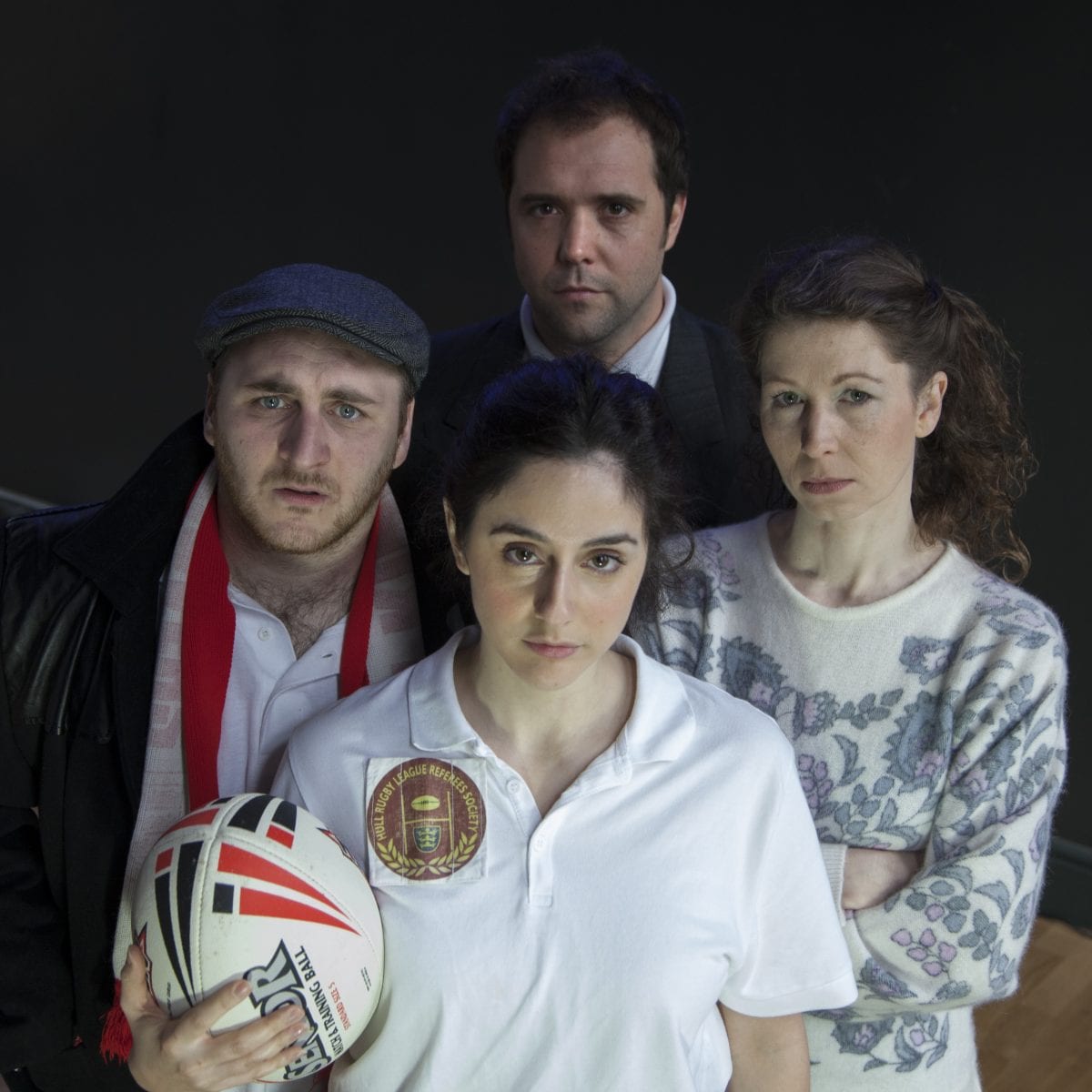 Based on a true story REF! tells the heart warming, humorous story of Alex’s fight to become one of the first women rugby league referees in Britain to be in charge of men’s matches.

Moving from the 1980’s to the present REF! charts the story of Alex’s rise from a kid obsessed with watching the game to her tussles and triumphs to be totally involved, in charge right in the middle of the game.

This is a universal story of how a woman - against the odds - determinedly proves she is not a victim – but a survivor.

The play is the catalyst for a larger Space2 project called ‘Crossing the Line’ to uncover and share the stories of women connected to Rugby League.  The project in partnership with Rugby League Clubs and Foundations, based in Hull and West Yorkshire, took interactive community workshops into those communities.

All the stories and memories that people share will be part of a wider collection of artefacts and archives at the National Rugby League Museum due to open in Bradford in 2021 and can be found at:  www.womeninrugbyleague.org